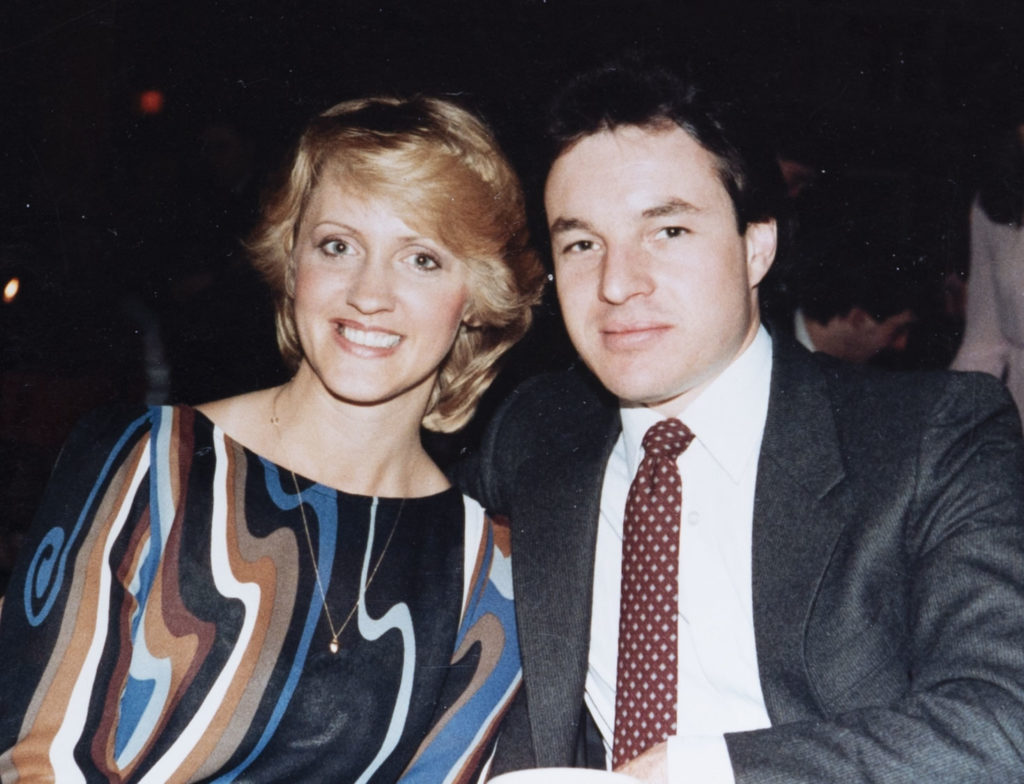 The story of King of Kings Community began in August, 1983. Wayne & Ann Hilsden, together with their two small sons, moved to Jerusalem to join fellow Canadians, Jim and Kathy Cantelon, in establishing a congregation.

It began as a Bible study/Community group in a living room. For several weeks they met, using a stack of books for a pulpit and Jim and Wayne shared the teaching responsibilities. Seeing as there was no keyboard available for Ann to use, Wayne led worship with a guitar. The number of worshipers who were keen and excited about worshiping God in Jerusalem was almost equaled by the number of cats congregating outside on the garbage bins.

What was lacking in numbers was compensated for by a deep sense of calling to plant a congregation in Jerusalem and bless Israel in whatever way they could. Sensing God’s grace and anointing, more people soon began to visit the tiny group and connect. By November 1983, the fledgling congregation moved to the YMCA on King David Street and rented the small “Clark Room” each week. This room had a piano (“Old Toothless,” Ann called it). A year later the numbers had increased to about fifty people. 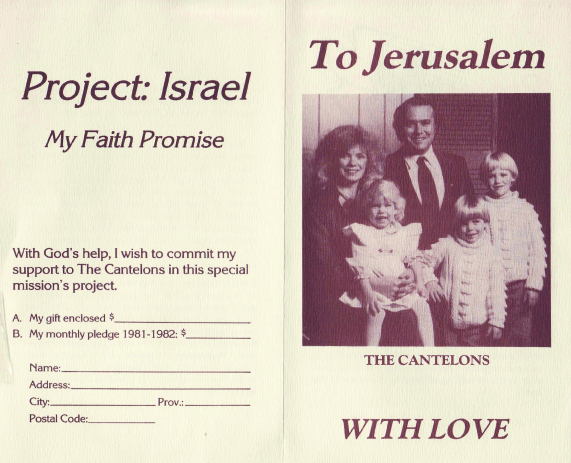 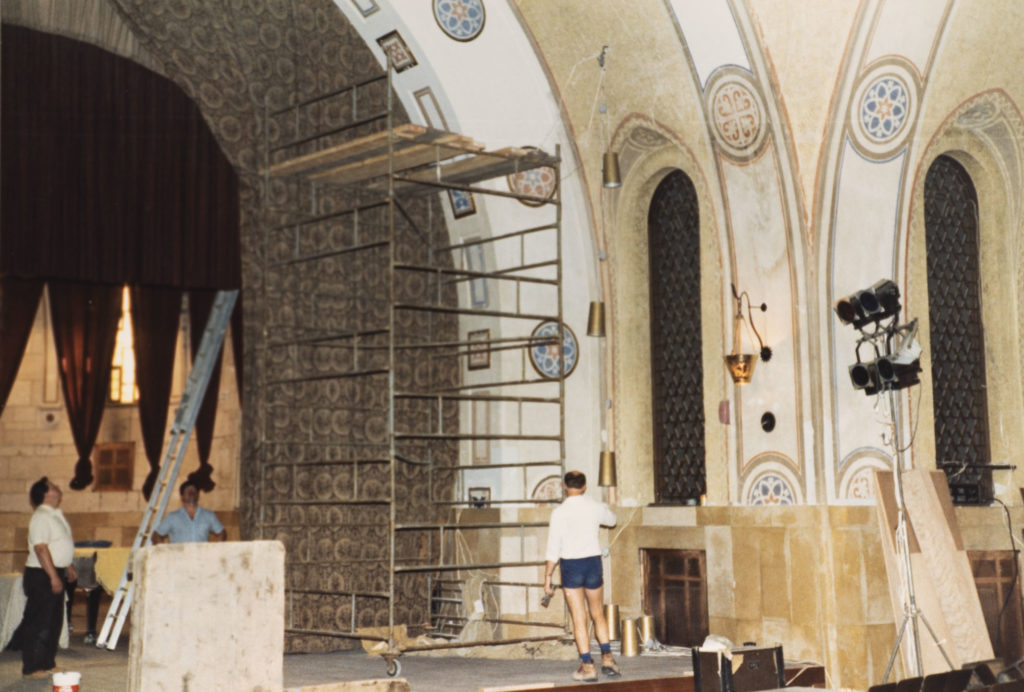 In the fall of 1985, the Jerusalem Symphony Orchestra moved from the YMCA Auditorium to the Jerusalem Theatre, leaving a Sunday evening vacancy. The hall was dark and shabby, but with the help of skilled volunteer task forces, and financial help from our friends, we were able to renovate the auditorium and secure a long-term lease. Though the congregation numbered just sixty people, a multi-year contract was signed for a place built for six hundred. God honored that step of faith and soon those empty seats began to fill up. During this chapter a major signature of the ministry became our praise and worship. The first two studio-produced albums ever released from Israel featured our worship team under the direction of Ann Hilsden. Later, two live worship celebrations at the YMCA were released by major Christian labels.

In the summer of 1988, a significant change occurred. Jim and Kathy Cantelon sensed that God was calling them back to Canada. Soon after, Malcolm and Cheryl Hedding, who served on the pastoral team along with chaplain responsibilities at the International Christian Embassy, received a call to plant a new congregation in Durban, South Africa.

Wayne Hilsden sought the Lord for a fresh vision for the future. In the succeeding weeks and months Wayne became convinced that King of Kings should be identified even more closely with the local, messianic Jewish Body in Jerusalem and Israel. In order to become a local Messianic congregation, a number of significant changes needed to take place. There would need to be: a greater emphasis on the Jewish/Old Testament roots of our faith; a worship-style more suited to Jewish-Israeli culture; an expression of our message of Yeshua (Jesus) in terms Israelis could relate to and understand; a commitment to stand alongside the nation of Israel through prayer and practical support; and, a deeper level of communication and cooperation with other Messianic communities in Israel and abroad.

To give expression to this desire, the original name “Jerusalem Christian Assembly” was changed to “King of Kings Assembly.” There was also a concerted effort to raise up Messianic believers to join the leadership team. 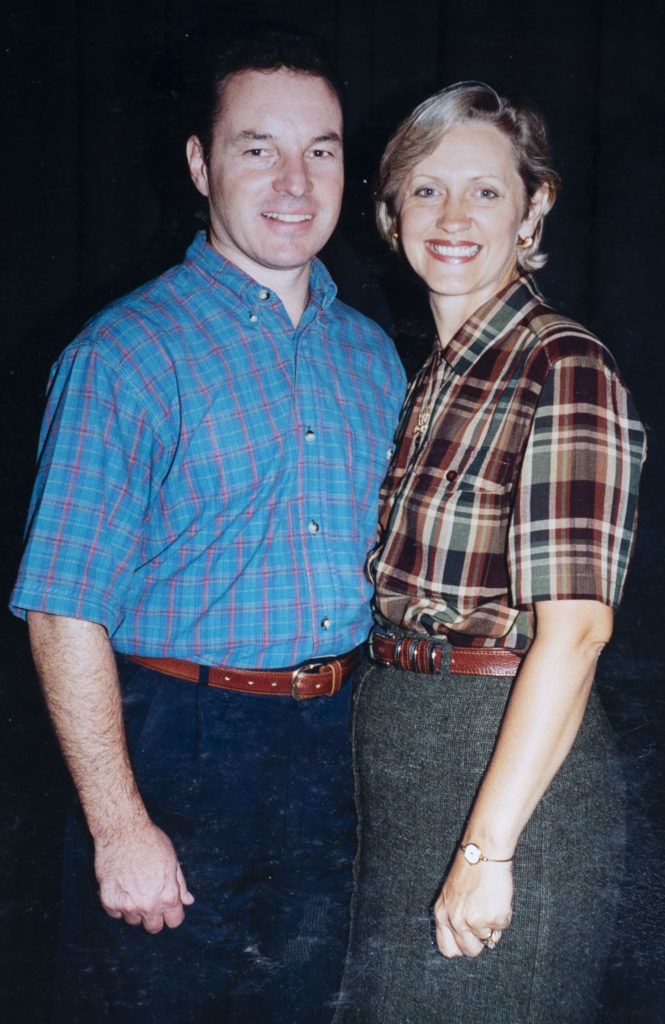 The body in Israel, however, was still very young and such leaders were not easy to find. Wayne began scouting around and discovered a man named Ray Gannon, who for over 20 years had been involved in pioneering Messianic congregations, as well as teaching in a number of Bible colleges. Ray came and joined the team with the primary task of training local leaders. As a result, King of Kings College was established in 1990. The College grew significantly and has become the main leadership training center for Messianic believers in Israel.

From the beginning, Ray Gannon was committed to pass the leadership baton of the College to local Israelis. This was soon accomplished and Ilan Zamir was appointed the new president. Subsequently, a board of local leaders was put in place and more local Israeli faculty were hired to teach. In order to fulfill the vision to be a locally-led ministry, the name was changed to Israel College of the Bible.

In order to expand the messianic vision of King of Kings Assembly, Wayne Hilsden invited Chuck Cohen to join him as Associate Pastor. After having served as a pastor in a Messianic congregation in the United States for over ten years, Chuck joined the leadership team in 1989. 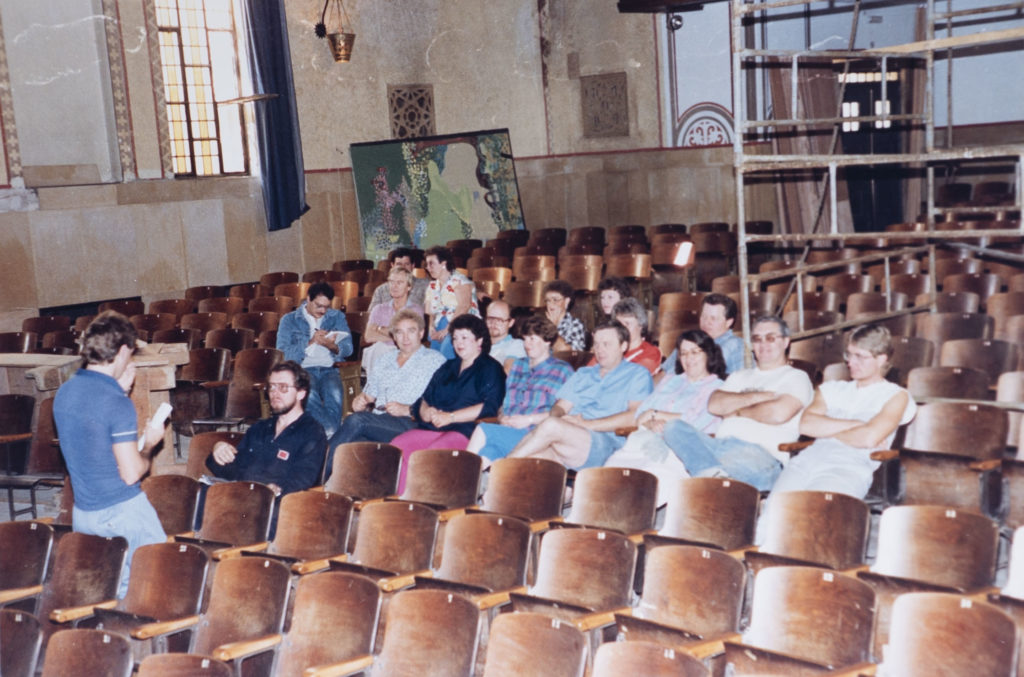 For more than 15 years Chuck played a key role in moving us toward the vision of becoming a Messianic congregation. Through his preaching, seminars and writings, Chuck helped us explore the Jewishness of our faith. He also inspired us to increase our support of Israel through prayer. In 2006, Chuck moved on to expand his itinerant teaching ministry in various nations around the world as well as to give more time to Intercessors for Israel, a ministry whose offices are in the Jerusalem Prayer Tower.

Not only did we strive to be “messianic” in our identity, but we have sought to be rooted more deeply in the soil of Israel.

In our very early days, we were a very transient, international group who came and went. It was a challenge to develop deep relationships and a sense of being a local body and a spiritual family. But as the years have passed we have been able to sink our roots much deeper. A key to this development has been our emphasis on small groups. These groups meet each week all around Jerusalem. In these more intimate settings we’re learning to love and serve one another according to the first Jerusalem congregation model we find in Acts 2:42-47. Because we believe in developing true community, we later changed our name to “King of Kings Community.” In this community, Kings School of Media, Anchor of Hope Counseling Center, Yuval School of Music and the Arts (Jerusalem Campus), and Redeemed in Zion Benevolence Ministry has flourished. 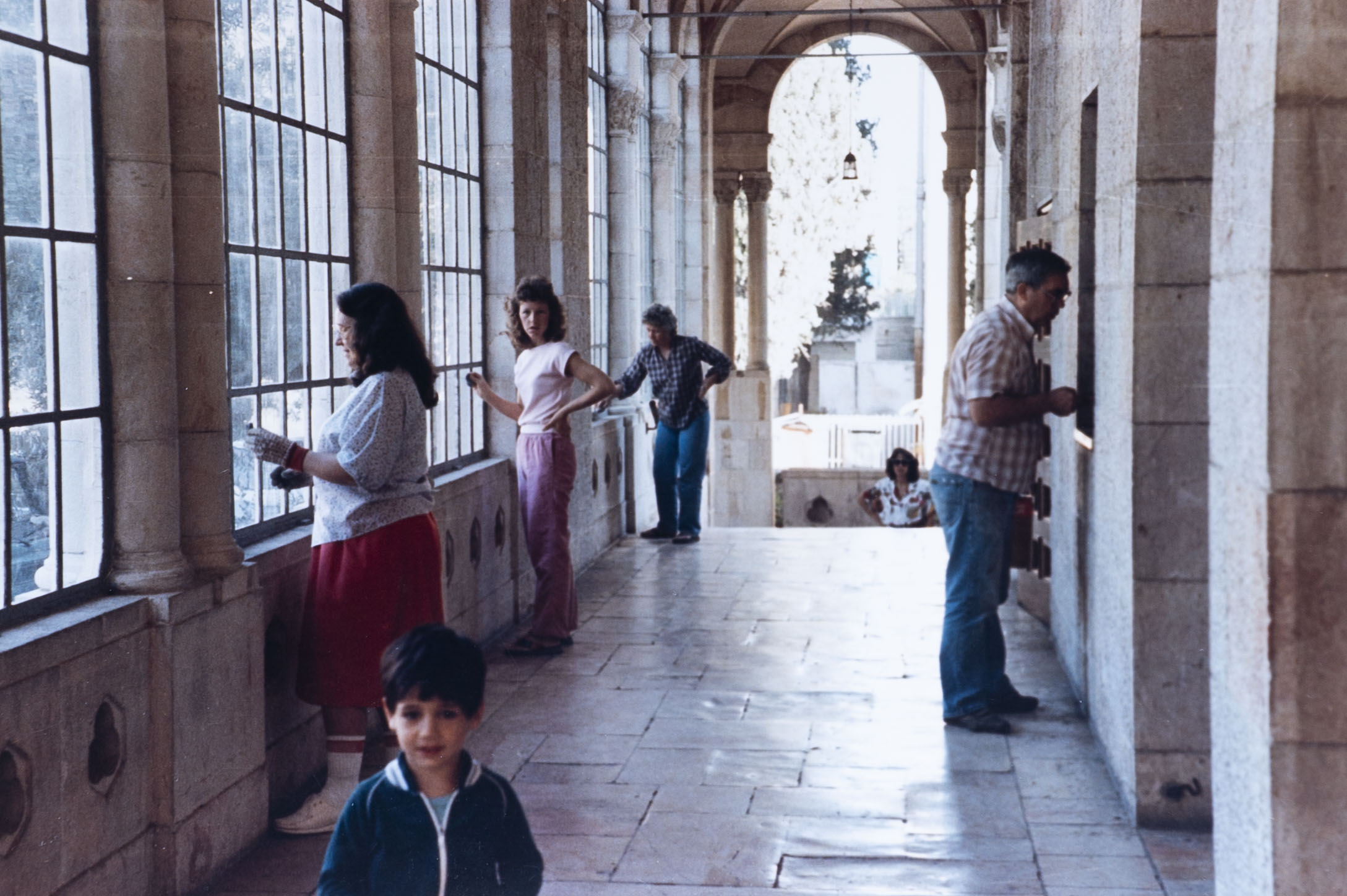 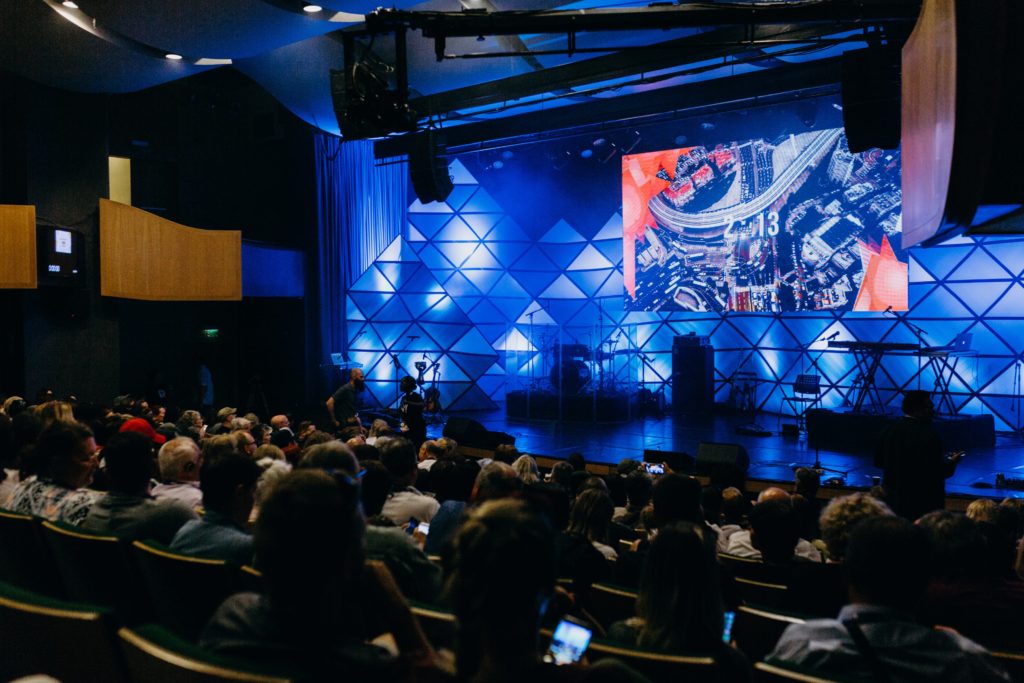 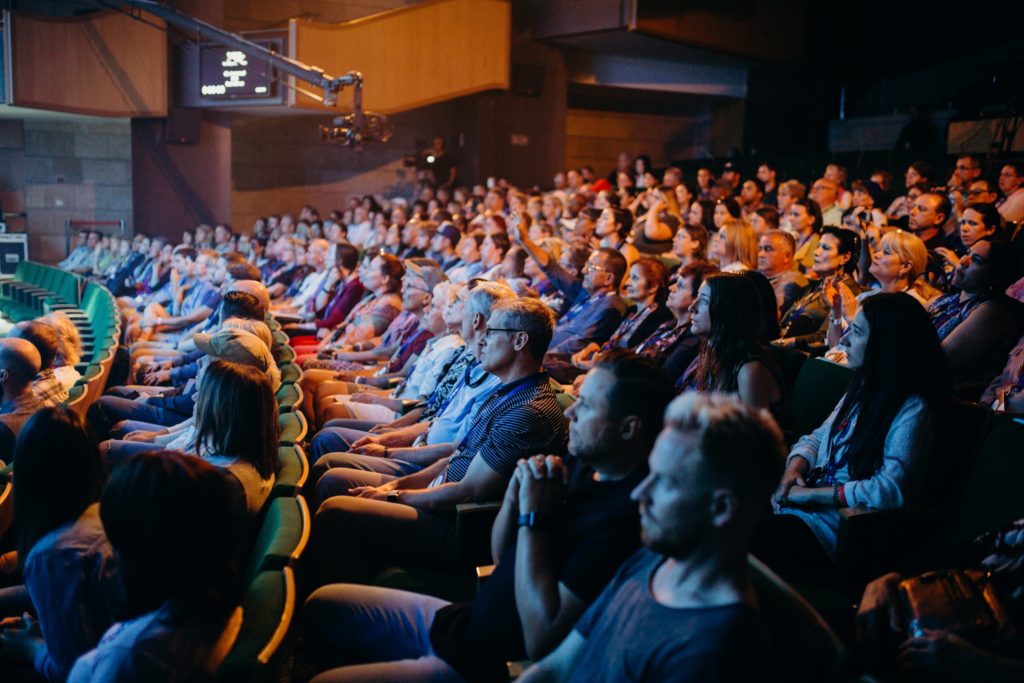 In 2001 a significant new chapter began in our history. Because real estate in Jerusalem was so expensive and the availability of property zoned for public assembly so rare, we never imagined ever owning our own worship center. Our level of faith was too limited to acquire a small building for our administrative offices, mid-week meetings and classrooms. During a personnel retreat in the Galilee, however, Wayne experienced a powerful encounter with the Holy Spirit. One of the results was a new level of faith for the impossible. Wayne began to believe that owning our own worship center was now a very real possibility, so we began our search. What we found was an abandoned movie theater in the heart of Jerusalem. After praying with other Messianic Pastors in Jerusalem, there was a clear confirmation from God that this was the place the Lord had chosen for us.

With an abundance of financial and physical help from believers, both local and abroad, the old movie theater was completely renovated. The Pavilion, as it is now known, is one of the most visually attractive and modern conference halls in Jerusalem. It is constantly being used for a wide variety of events, such as weekly worship services, dramatic and dance productions, concerts of various kinds, graduations, recitals and even its original purpose, movie showings.

Over the years, God has allowed us, by His grace, to catch His vision and see it come to pass step by step. But of course, we are not about to just sit back and be nostalgic. We’re called to ‘press on’ (Phil 3:12). There is so much more that God wants to accomplish in and through us.

In recent years we have had amazing expansions of both property and ministry! One of these expansions is the Jerusalem Prayer Tower that was established in 2006. This tower is located in the Clal Building on the 14th floor, the highest floor of the building, strategically located so that you can see almost all the way around Jerusalem!

In 2014 Chad Holland and his family were asked to come and be a part of the King of Kings Community Pastoral Team. His passion and vision for expanding small groups, discipleship, training leaders, congregation planting and love for the Land of Israel and the people, made Chad a good candidate to become Senior Pastor of the congregation.

In 2015 it was identified that King of Kings Community had grown to be more than a local congregation. It became clear that the related ministries needed to be intentionally organized into King of Kings Family of Ministries. Chad was asked to take on this responsibility and become CEO of this Network. Since that time we have planted more congregations, established more ministries and we have opened the network to receive other ministries wanting to connect with King of Kings Ministries. 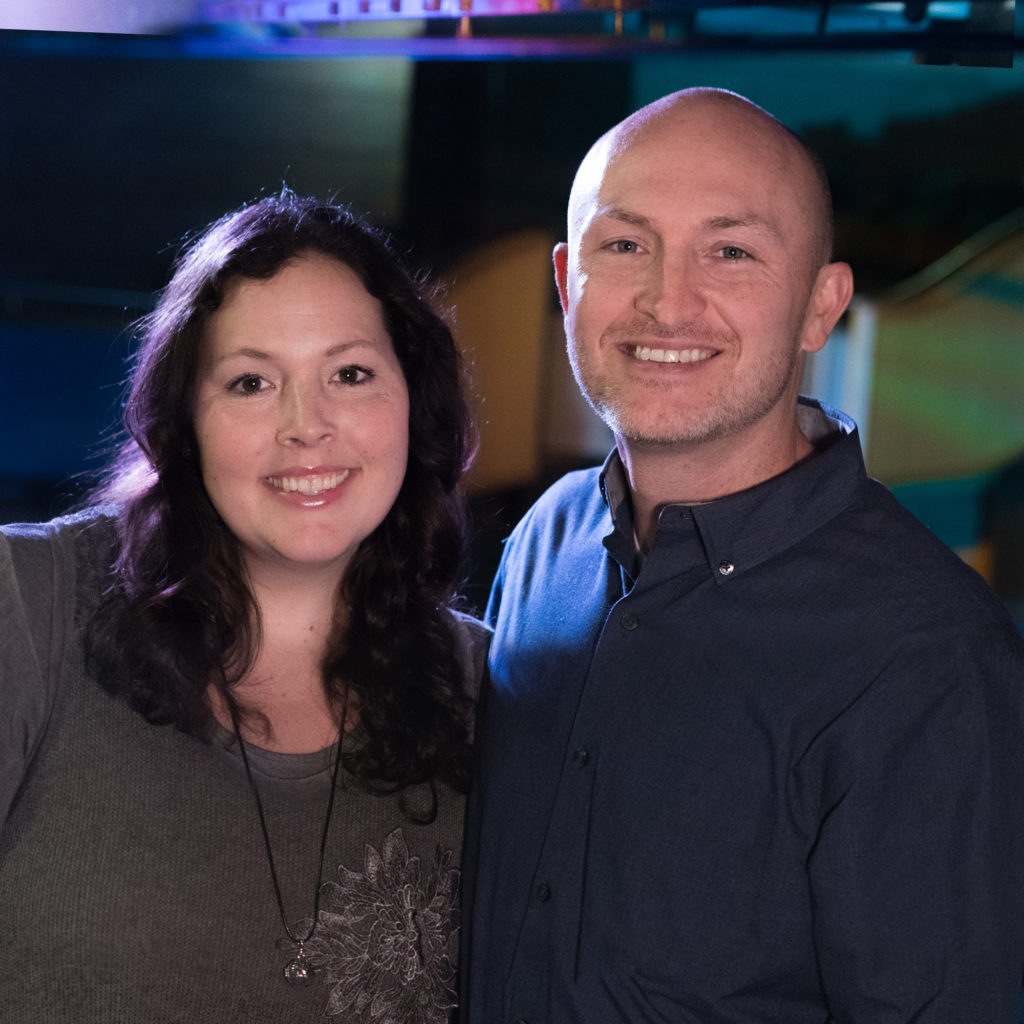 Learn more about our family of ministries at KKM.Network

All rights reserved. ©2022 – Powered by VANTRUM

This website uses cookies to improve your experience while you navigate through the website. Out of these cookies, the cookies that are categorized as necessary are stored on your browser as they are essential for the working of basic functionalities of the website. We also use third-party cookies that help us analyze and understand how you use this website. These cookies will be stored in your browser only with your consent. You also have the option to opt-out of these cookies. But opting out of some of these cookies may have an effect on your browsing experience.
Necessary Always Enabled
Necessary cookies are absolutely essential for the website to function properly. This category only includes cookies that ensures basic functionalities and security features of the website. These cookies do not store any personal information.
Non-necessary
Any cookies that may not be particularly necessary for the website to function and is used specifically to collect user personal data via analytics, ads, other embedded contents are termed as non-necessary cookies. It is mandatory to procure user consent prior to running these cookies on your website.
SAVE & ACCEPT